A lifetime of memories had its beginnings in the 1950’s when 19 year old Brian Perry borrowed £1600 from his father to buy a Quick Way excavator and Brian Perry Limited quickly became a thriving one-man business.

In a developing Hamilton region, Brian quickly recognised there were other opportunities available and Brian Perry Drainage was formed to diversify into pipe–laying.

During the 1960’s and 1970’s there was further diversification with the development of the Perry Wellpoint Dewatering System to keep up with the increased scale of pipeline projects and the formation of Perry Metal Protection, Perry Aggregates and The Perry Foundation.

During the 1980’s Brian Perry Limited began work on the Marsden Point oil refinery project and, in a joint venture company, Perry Dines became the first New Zealand company to solely undertake a major pipeline project, the $20m Auckland Dual Pipeline which ran to Marsden Point. During this decade the Group also purchased an established quarry at Ngaruawahia and Perry Quarries Limited was established.

The face of the company was also changing and in the 1990’s Brian Perry moved into the role of Group Chairman of the Perry Group of Companies and his son Simon Perry took over as Chief Executive.  In 2007 Brian retired and Simon took on the role as Chairman which he still holds today.

Brian’s focus and that of the Perry family and company has always been to support and give back to the Waikato community that has supported them in their business ventures for over 50 years. This, coupled with a strong shared culture and foundation company values are still central to the Perry businesses today. 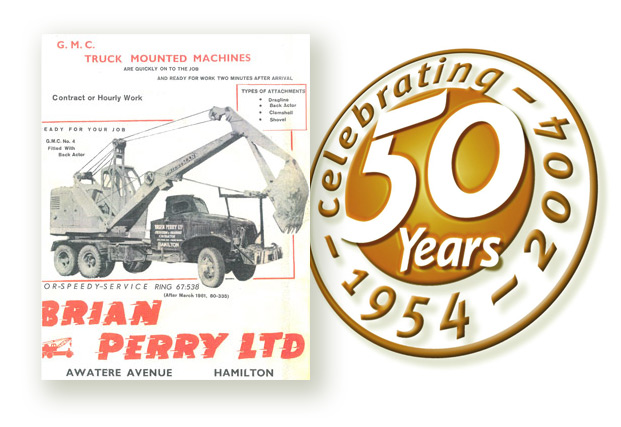